I know…I have been a very bad person and neglected my blog…sigh.  And at least a year ago I promised to post brushes created by David Gell, who I consider to be the best brush master ever.  Many of David’s brushes were on his site, JitterBrush, but he took the site down and his variants were not available on-line.  He did give me permission to post all of them for you.  Well…since today is my birthday, I thought I would pass David’s gift to my blog readers.  I know, about time, right?

I have followed David’s Painter tutorials since I started using Painter and most of what I know about brushes comes from his generous sharing.  I created a David Gell Brush library so that I could have all of his variants in one place.  This library contains 28 brush categories and some of them are quite old and haven’t been available for some time.  But, I have always loved David’s variants, old or new, so I have kept them over the years.  With many thanks to David; here is David Gell Brush Library.

To install these brushes, first download the above file and save it to your computer, then open Painter, go to the Menu Bar and select Brushes > Import > Brush Library and select the downloaded file.  Please note, the installed file is a separate library.  You will need to switch back and forth between libraries.

Some of David’s brushes are pretty complex and need a bit of explanation.  As time permits I will post tips.  Many folks have requested Suminagashi 2 category included in the library.  I thought I would give you a few tips copied from David’s JitterBrush site about those variants.

The color rendering Suminagashi and Suminagashi Grad variants can produce a very fluid, ethereal look, even without the aid of softening or distorting variants.  Variants with Grad in their name take their color information from the currently selected gradient, while other variants employ color variability via the Color Variability palette.  For this image, I have chosen Suminagashi Grad B variant with Rainbow Pinched gradient. 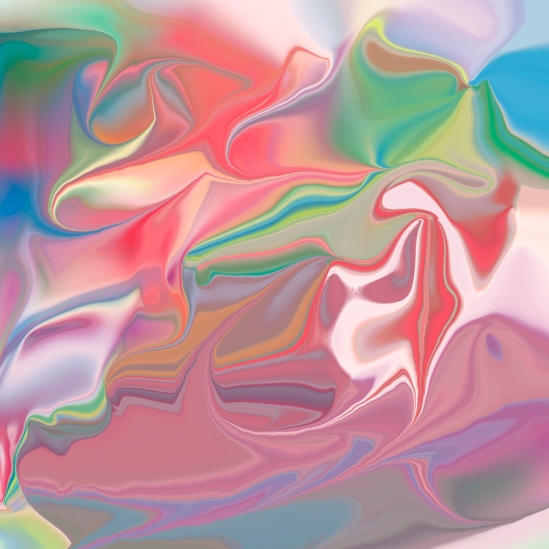 Variants in this library prefixed with a Z in their name do not apply any color of their own, but distort the underlying imagery in many ways.  Comparing to the traditional Suminagashi technique, this would be the closest equivalent to disturbing the surface of the floating ink media so that the different colors and regions begin to mix and flow into each other.

For these particular variants, David configured them so that stylus pressure controls the magnitude of the distortion effect.  I used Z Takayama variant to distort the first image in this post. 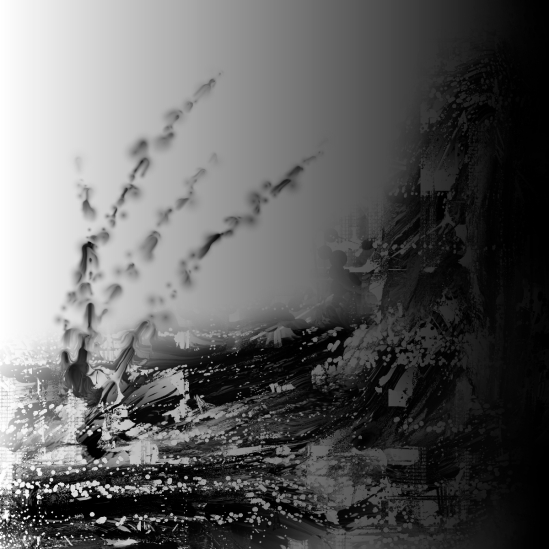 For this image, I filled the canvas with two point gradient.  I created the bottom and right side of the image with the Grainagashi variant using Madness paper texture.  The branch like strokes on the left used the Floranagashi variant.

The strokes produced by the Life Form and Life Form Mono variants appear alien, hence the name.  The Color Variability Panel randomizes the colors/values within the strokes.  Use a slower stroke speed to produce a more closed, tubular form, and faster strokes to give a more open “backbone” effect.  In this example, I used Life Form for the top stroke and Life Form Mono for the bottom stoke.  I altered the velocity of the stroke to showcase the different look at different speeds.

In case you didn’t know, Suminagashi is an ancient Japanese paper marbling technique.  Google it and learn more, there’s even a few videos about it on You Tube.  Other groups of people used the same techniques.  I am especially fond of Ebru.  I think I have some videos somewhere, probably You Tube, about making Ebru like images in Painter.  Check it out.

OK, that’s it for this post.  I hope you enjoy David’s variants.  I know I have.  And once again, David…thank you so much for your generosity.